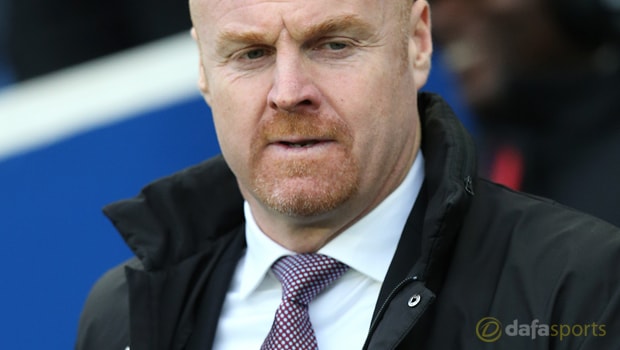 Sean Dyche has labelled Tottenham Hotspur a ‘very fine side’ but he is hoping his Burnley team can add to their woes on the road this term.

Tottenham have lost four times from nine away league game already, their latest setback coming in a heavy 4-1 loss at Premier League leaders Manchester City a week ago.

Dyche admits any team can come unstuck at the Etihad Stadium but he has labelled Tottenham’s form on the road as ‘indifferent’ this season.

Burney earned a 1-1 draw when the teams met at Wembley back in August, while they enter the weekend one point and one place above Spurs in sixth, but Dyche knows Spurs also have the quality to tear good teams apart.

“They are a very fine side, they are very capable technically and tactically, they have got a high energy level,” he told a press conference.

“They had a bit of a knock last week, but anyone can get a knock by Manchester City the form they are in.

“And generally, their form away has been a bit indifferent, but on any given day they are a top side so we know we are going to have to perform really well.”

Burnley defender James Tarkowski will serve a three-match ban after he was charged by the FA with violent conduct for an altercation with Glenn Murray of Brighton last week.

The club has accepted that charge but Dyche is not entirely content with how the incident played out.

“The reason we are a bit surprised is because you can clearly see Glenn Murray grab his hand,” Dyche said.

“That hand has got five pins in it and a metal plate.

“I would suggest an action causes a reaction. We put that to the panel, but they decided that it should not be reduced.”