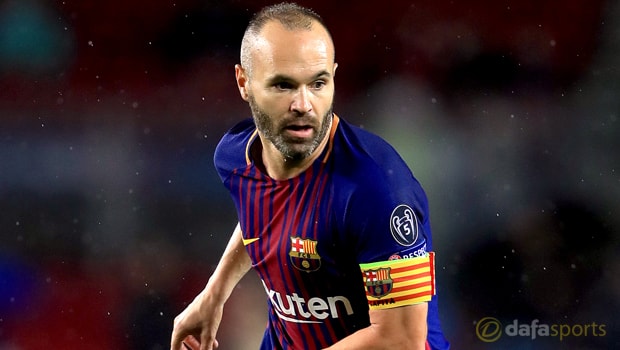 Barcelona captain Andres Iniesta says it will be a ‘step forward’ for the club if they can complete a deal to sign Philippe Coutinho from Liverpool next month.

The Catalan giants courted Coutinho throughout the summer transfer window, but Liverpool rejected as many as three bids for their Brazilian playmaker.

Barcelona CEO Oscar Grau says the club ‘are prepared’ to sign him next month when the window reopens and Iniesta, 33, would welcome him with open arms.

Some have suggested Coutinho, 25, would be the heir to Iniesta’s throne in the Barca midfield but the man with four Champions League medals and eight La Liga titles sees it differently.

Signing Coutinho would make Iniesta happy and he hopes the club can get a deal done.

“He can use both feet, he scores goals, he links play well and gets between the lines in attack.

“He’s a player with qualities like ours and it would be a great signing if it’s finally done. I don’t see him as competition for me, but as a step forward for the club.”

Ernesto Valverde’s men face Real Madrid on Saturday in the first ‘El Clasico’ of the season.

Barcelona are 11 points clear of the champions, who have one game in hand.

Zinedine Zidane’s side will be under pressure to reduce that deficit at the Bernabeu.