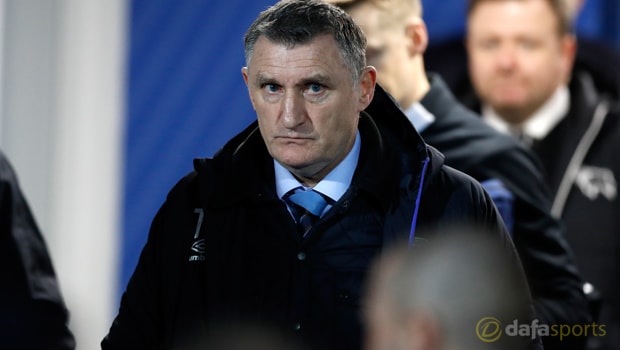 Blackburn Rovers were fortunate not to be punished by Walsall for failing to make the most of their early domination at the Bank’s Stadium, according to boss Tony Mowbray.

The League One leaders were quickly in control when Danny Graham notched an early brace and it looked as though Rovers would add to their tally as the half wore on.

Both Graham and Adam Armstrong had chances to put the visiting team out of sight but it remained a two-goal game and Walsall with Jack Fitzwater’s goal on the stroke of half-time.

That gave encouragement to the hosts and ensured that Blackburn were made to work hard in the second half to see out their 2-1 win. Getting three points was a plus-point, but Mowbray wants more from his men.

“We were a bit flat [after half-time],” he reflected.

“We have to take the points and we’re happy with that but we could have been out of sight in the first half. We played very well.

“Danny did what Danny does and could have scored more, [Adam] Armstrong had a strike tipped onto the underside of the bar.

“We got a kick in the stomach at the death in the first half which was really, really disappointing. We were frustrated at half time and the goal game them the impetus.”

Mowbray felt that Walsall’s goal made his side’s second half display an ugly one, while a third goal in the first half would have killed the game off. “The momentum swung and they had belief,” he added.

“If it would have been 3-0 at half time then they probably wouldn’t have attacked – they’d have been defending to save an embarrassment.”