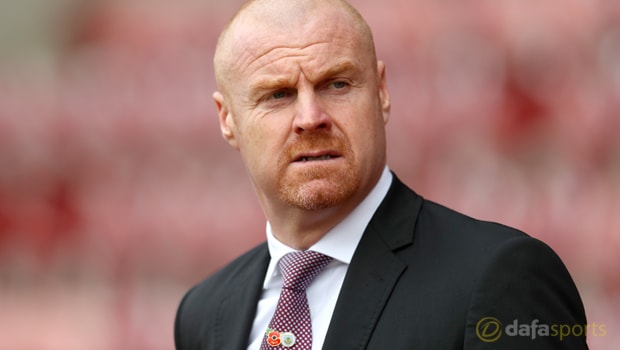 Sean Dyche has reiterated his commitment to the Burnley cause and once again distanced himself from speculation linking him with the vacant managerial position at Everton.

Dyche, who recently celebrated his fifth anniversary as manager of the Clarets, has certainly enjoyed success during his time at Turf Moor, guiding the club to two promotions before comfortably preserving their Premier League status last season.

The 46-year-old has continued to impress this term, with Burnley currently riding high in seventh position in the early-season standings and his strong leadership skills have not gone unnoticed by Everton, who are on the lookout for a new manager after sacking Ronald Koeman last month.

Dyche has been one of the names consistently linked with the hot-seat at Goodison Park, but, ahead of Burnley’s clash with Swansea on Saturday, the former Watford boss was keen to reiterate his commitment to the Clarets.

“It’s amazing you’re still asking,” he said. “As I’ve said plenty of times I am just getting on with my job here.”

The former defender is clearly getting a bit exasperated by the constant speculation surrounding his future, although he conceded that such talk is only natural when a team is performing successfully on the pitch.

When pressed on the rumours, he replied: “Are you still seriously going down this road?! I’m at the stage I’ve always been at.

I’ve had plenty of speculation, in a good way mostly, and that’s part and parcel of everything we’ve achieved here.

“You get interest, whether it’s me or my players. But I’m still here, simple as that.”

Burnley are priced at 2.15 to continue their impressive start to the season by securing all three points when they play host to Swansea on Saturday, while the visitors are available at 3.80 and the draw is on offer at 3.10.