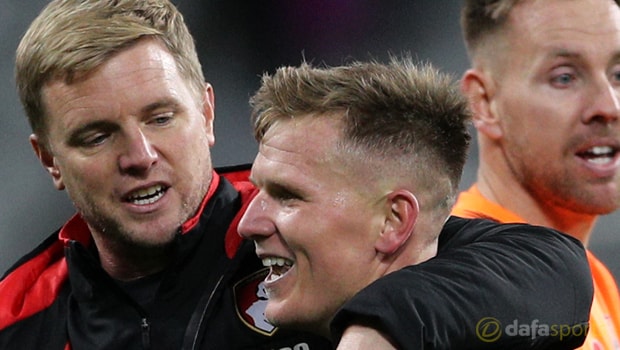 Manager Eddie Howe admits the international break didn’t come at a great time for a Bournemouth side that had won three of its previous four games in all competitions.

The Cherries gained Premier League successes against Stoke and Newcastle, alongside an EFL Cup win over Middlesbrough, with a 1-0 defeat against Premier League champions Chelsea the only blemish.

Howe hopes they can maintain that good form now that the international break is over.

“I think there was a really good feeling in the team after the Newcastle game. Obviously, when you score that late in the game it obviously gives you a huge lift,” he said.

“We’re pleased with where the squad is at. The feeling is really good. Winning three out of four…the team felt in a really good place.”

With a fortnight of downtime in between, Howe says he has worked hard to maintain focus, though he wasn’t willing to go into specifics.

“We always try and make it [the international break] challenging and interesting for them,” Howe said.

“It was something behind the scenes. I don’t want to talk about it but it was good.”

With Huddersfield at home this weekend being followed by games against Swansea, Burnley, Southampton and Crystal Palace in the league, Howe knows the importance of the upcoming run of fixtures.

He has been impressed by Huddersfield so far, and certainly won’t be underestimating the Terriers.

“Any team in the Premier League respects huge respect,” Howe said. “We don’t cut corners on any team.

“The run of games we are going through now will define our season.”

Bournemouth are 1.83 to beat Huddersfield on Saturday. The visitors are 4.75 while the draw is 3.50 at Dean Court.