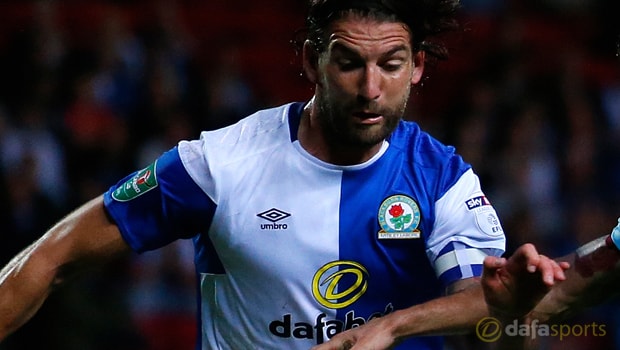 Charlie Mulgrew says Blackburn Rovers still have their sights set on automatic promotion from League One this season but admits they must go on a winning run now.

Tony Mowbray’s side has so far endured a stop-start campaign, picking up just 25 points from the 45 available to them.

That leaves them in seventh spot, one point out of the play-off places and 11 behind Wigan in second place.

Rovers have played fewer games than all bar one of the six teams above them and Scotland international Mulgrew says they are capable of climbing up the table.

Having been favourites for win League One this season, Mulgrew says it has been hard at times for Rovers to break teams down.

“There’s still more to come from us in terms of going on a run,” he said.

“We’ve got ourselves in a good position so far and have a couple of games in hand.

“The top two is still the target and we’ll be doing all we can to ensure we get there.

It’s tough when you’re the favourites and everyone wants to beat you. It’s been difficult to break teams down – particularly at Ewood – when teams come and sit behind the ball, but we knew that would be the case at times.”

With no international breaks now until March, Mulgrew feels this is the time for Rovers to start making inroads if they want to be in the shake-up for automatic promotion come the spring.

“It’s important to go on a run now and we’re looking forward to hopefully starting that on Saturday,”
he added.

“We’ve got three or four months now of a consistent run of games as it’s been quite stop-start with the breaks we’ve had at times so far this season.”