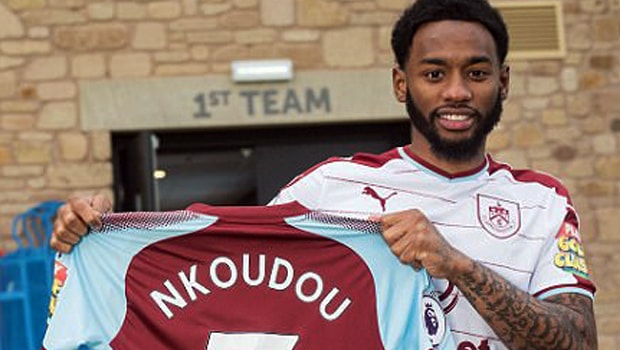 Burnley boss Sean Dyche insists Georges-Kevin Nkoudou is ready to make an impact straight away and does not need to be bedded in after his move from Tottenham.

The 22-year-old joined the club on loan on Tuesday and he will remain at Turf Moor until the end of the current campaign.

Many expected him to start Saturday’s game against Crystal Palace on the bench, but injury concerns mean he could start this weekend.

Nkoudou has started just three games for Spurs since signing in the summer of 2016 but Dyche has been impressed by his performances in training.

Although he has refused to reveal whether Nkoudou will start, Dyche believes he can make a big impact straight away.

He told the Lancashire Telegraph: “He has been bright in training. He has a thirst for it, because he has waited a long time.

“He has had moments at Tottenham but they have a deep squad and some fine players.

So I think he has had to wait his time and earn his chance, that hasn’t come round.

“We have known about him for a little while. We wanted to see how close to our team he’d be.

He has got a chance and will make a decision whether we think he should start, or start on the bench. But he will be involved.”

“He hasn’t played a lot but we believe he is a wide player who has pace, is direct and a bit unknown.”

Nkoudou will be hoping to have an impact against Palace in a game that sees the Eagles priced as 2.05 favourites. The draw is 3.25, while Burnley are 4.00 to win away from home.