Arsene Wenger in no doubt over Alexis Sanchez commitment 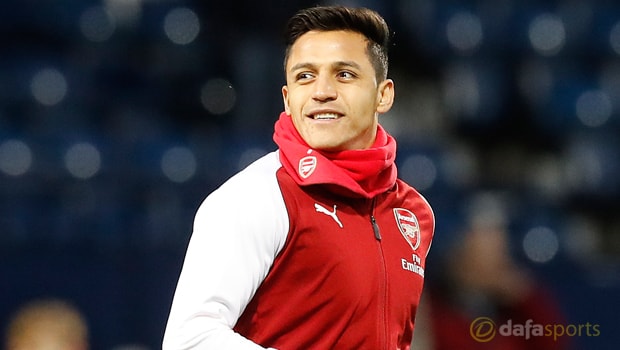 Arsene Wenger insists he has no doubts over Alexis Sanchez’s commitment to Arsenal, despite speculation linking the forward with a January switch to Manchester City.

The Chile international is out of contract at the Emirates Stadium at the end of the season and, as of yet, there appear to be no signs of him extending that deal.

The 29-year old was linked with a move to Premier League leaders City last summer and that speculation has continued to circulate following the opening of the January transfer window.

Indeed, Sanchez was only used as a substitute during the Gunners Carabao Cup semi-final first-leg encounter with Chelsea on Wednesday, adding to the rumours surrounding his future.

However, Wenger insists that Sanchez’s commitment to the Arsenal cause cannot be called into question and he still hopes that the forward will resist the temptation to move elsewhere and he will instead sign a new contract to remain in north London.

“I want him to stay longer,” said Wenger. I have no problem if he signs with us now or in June.

Did you see how he came on today? How he warmed up? Like a player who wants to play football.”

It remains to be seen whether Sanchez will return to the Arsenal starting line-up for their trip to the Vitality Stadium to take on Bournemouth in the Premier League on Sunday.

The Gunners are without a win in their last four matches in all competitions, but they are priced at 1.75 to return to winning ways on Sunday, while the Cherries are available at 4.50 and the draw is on offer at 4.00.