Sean Dyche: Price tag will not get to Chris Wood 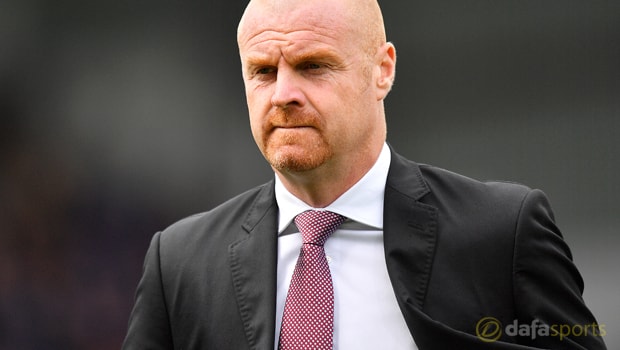 Burnley boss Sean Dyche is confident that the club’s new record signing Chris Wood will not be fazed by the £15million price tag over his head this season.

The Clarets sold Andre Gray to Watford earlier this month but they responded by splashing the majority of that money on Wood.

They had two bids rejected by Leeds United but the two clubs eventually agreed on a fee that could eventually rise to £18million.

Wood was the Championship’s top-scorer last season as Leeds finished seventh in the table and Dyche is confident he can prove his worth in the top flight.

The New Zealand international is a good all-round striker according to Dyche and he believes the fee will not play on his mind.

He told Sky Sports: “Fees can swerve your judgement but it’s not about that with these players now. Fees are irrelevant.

They’re crazy. Fees are all over the place. It’s more about the players. “Those days have gone. I think it’s changed. I really mean it.

Someone was saying that it’s the fifth time we’ve broken our record [in Dyche’s time at the club]. It doesn’t really make a story now.

“It’s his ability to score different types of goals. I think that’s always an effective weapon. He can score long strikes, headers, he can nick one, bundle one, that’s a good thing for a striker.

“He’s played up there a lot on his own and has done that well as well. I think he adds to the blend of strikers.”

Wood will be hoping to play some part in the club’s next game against Tottenham on Sunday. Spurs are 1.29 favourites, with the draw 6.00, while Dyche’s side are priced at 11.00.