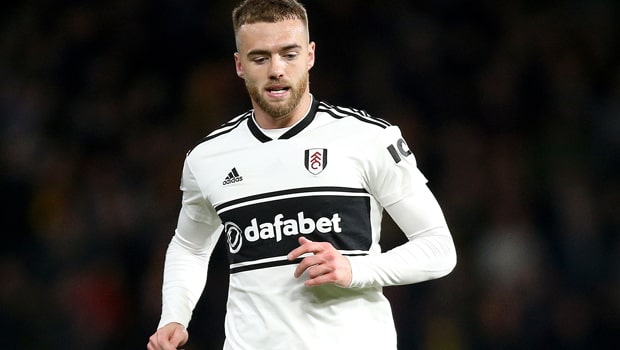 Calum Chambers enjoyed his season-long loan at Fulham but admits to the sense of disappointment that it ended in relegation.

The Arsenal man established himself in a holding role in Fulham’s midfield as the season wore on, impressing despite their lack of form. He goes back to parent club Arsenal wondering what might have been for the Cottagers, a club Chambers insists belong in the top flight.

“I wanted to commit fully when I came here and give it absolutely everything,” he stated.

“I fully committed myself to the club for the season, and I think that’s the only way players should do it, because then you really do give everything and the best comes out of you. I would definitely say that’s what I’ve done here, given everything on the pitch.

“Obviously I’m gutted that we got relegated, and I think every player should be. A club like this belongs in the Premier League. That’s what I wanted to achieve and unfortunately we didn’t do that.”

The 24-year-old began the campaign in defence before having to endure a stint on the sidelines, as Slavisa Jokanovic departed and was replaced by Claudio Ranieri.

The Italian, too, was dismissed before Scott Parker brought some stability and improved results after relegation had been confirmed. The man capped three times by England felt there some positives in his efforts.

“I started the first two games but then didn’t really play and was out of the team for quite a while. It was quite a tough start to the season for me,” he added.

“Then when we played Liverpool away I got put in midfield and that was sort of the turning point in the season for me. Since then I’ve taken every game as its come and really enjoyed playing at this club.”