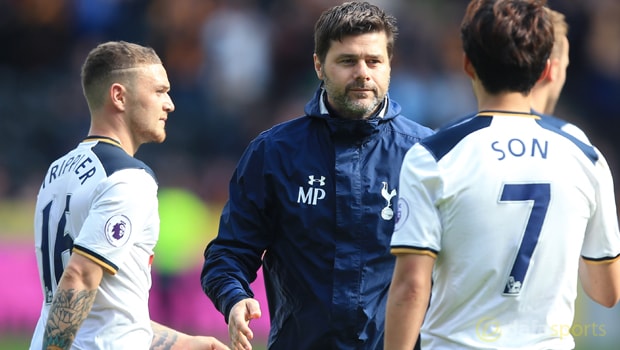 Mauricio Pochettino insists Tottenham must add to their squad during the remaining weeks of the transfer window if they want to compete for silverware this season.

Spurs are the only Premier League club yet to add to their squad this summer, while right-back Kyle Walker has left North London to join Manchester City in a £50million deal.

Pochettino admits his side cannot compete with the level of spending of some of their title rivals, but he insists they must sign quality players between now and the close of the window.

“How have Manchester City, Liverpool, Chelsea and different clubs tried to improve their season?” Pochettino said.

“Bringing players and trying to put more pressure on their star players, their key players – and for us we need to do that too.”

The 45-year-old knows he has quality within his team, but he feels standards may slip if he does not add a more competitive edge to his squad.

They want to win but need to feel the pressure a little bit to improve every season,” he added.

Tottenham will kick-off the new Premier League season when they travel to St James’ Park to take on newly-promoted Newcastle on August 13 and they are priced at 1.75 to win that match, while the Magpies are available at 4.50 and the draw is on offer at 3.60.