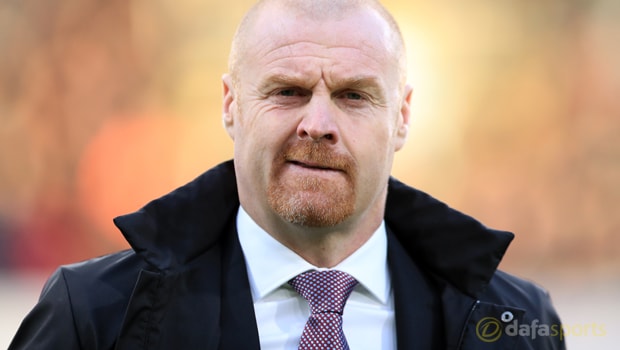 Burnley coach Sean Dyche has revealed some of his players have picked up minor knocks from their recent pre-season friendlies, but he insists they’re nothing to worry about.

The Clarets, who are 2.25 to be relegated this season, have enjoyed a steady start to pre-season with wins over Shamrock Rovers, Alfreton Town and Kidderminster Harriers.

Dyche’s men will step up their pre-season preparations when they take on Championship outfit Preston North End on Tuesday night.

Burnley fielded two different starting sides on Saturday against Alfreton and Kidderminster as Dyche looks to improve his squad’s fitness.

Midfielder James Tarkowski picked up a hip knock during the 3-2 win over Alfreton, while Sam Vokes was not risked after suffering an ankle injury.

A 1-0 win over Kidderminster also pleased Dyche and he has played down the injuries.

He told the Burnley Express: “The main thing at this stage is fitness.

Tarky came off, we don’t think it’s too serious, he had a bit of a tightness in his hip anyway.

“Longy (Chris Long) came off as a precaution as well, we think that’s a kick on the foot so that shouldn’t be too serious.

“The main thing was to try and get the two groups as many minutes as we could, so I’m pleased to get a lot of minutes into these players.

He (Vokes) got a knock on his ankle, it’s nothing major but at this stage we’re being ultra cautious.