Sean Dyche: My players are struggling 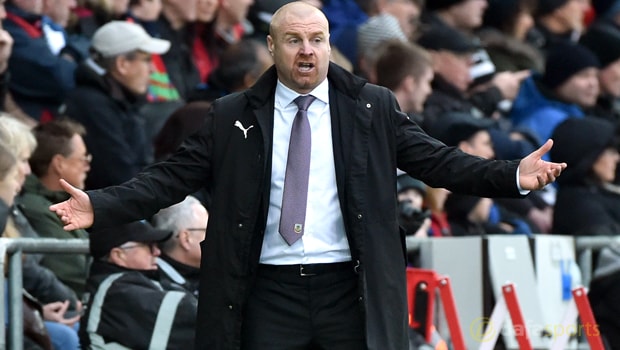 Burnley coach Sean Dyche admitted his side are struggling with fatigue after their 1-0 defeat to Swansea on Saturday at the Liberty Stadium.

The Clarets have now not won in their last 10 matches but they remain seventh in the Premier League table.

After drawing with Manchester City last weekend, Burnley had been expected to kick on against the Swans but Ki Sung-Yeung scored in the 81st minute to help Swansea move up to 15th in the league table.

Burnley were without eight first-team players for the trip to South Wales and Dyche has conceded that the congested fixture list is now starting to cause problems.

He told reporters: “I think it’s just beginning to catch up with us. Not through all of this run, there’s been some very good performances, but it’s just caught up with us a bit.

It’s important in these next couple of weeks, then hopefully we’ll get some bodies back.

“It was a tight one [today]. Not a great game but I don’t think either team was worried about that. It’s about points on the board. Another week where there’s not a lot in the game, we had a few chances without being clinical.

We’re going through a tough spell, not just because of the teams we’re playing of course but also because we’ve got a lot of injuries.”

Burnley are 2.80 to win their next clash against Southampton on February 24, with the draw 3.10, while the Saints are 2.75 to claim all three points.