Sean Dyche not getting carried away with Burnley ‘noise’ 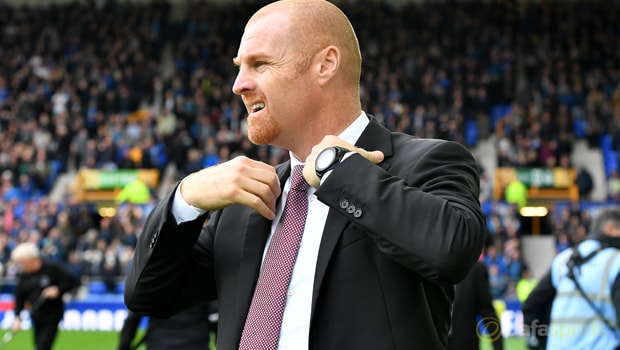 Sean Dyche says Burnley have plenty work to do despite making a strong start to the Premier League season.

The Clarets have confounded expectations by taking 12 points from an opening set of fixtures that included trips to Chelsea, Tottenham, Liverpool and Everton.

Burnley have won at Stamford Bridge and Goodison Park whilst emerging with hard-earned 1-1 draws at both Wembley and Anfield.

Last weekend’s victory over Everton, courtesy of a superbly worked team goal neatly finished by Jeff Hendrick, has generated plenty of “noise”, says Dyche, but his squad won’t be getting carried away.

“You have to be realistic when you look at the fixtures at the beginning of the season.

We’ve had a tough run of fixtures so to turn in the results we have is very pleasing. But it is just a so far story for us,” said the Burnley boss.

“There’s a lot of noise because we won [on Sunday] against Everton, but we’ve got a lot of work to do.

“We are looking at how we are producing performances, how we are working on the training pitch and the outside noise can take care of itself, we are just really focused on what we are trying to achieve.”

Burnley managed to maintain their Premier League status last season for the first time in the club’s history, finishing 16th, and Dyche is under no illusions as to where they fit into the top-flight jigsaw.

“For ourselves (Burnley) it’s always a challenge, but we are enjoying what we have done so far this season.” Burnley are 5.00 to be relegated this season.