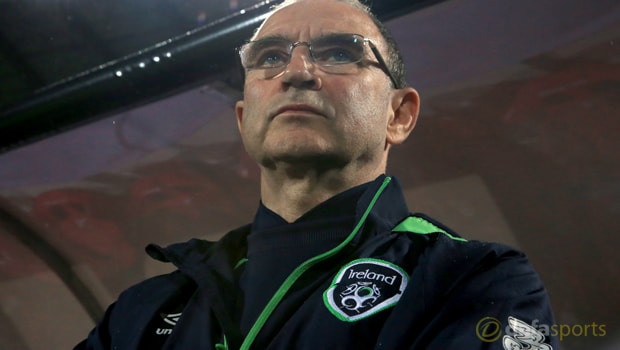 Martin O’Neill has agreed a contract extension to remain as Republic of Ireland manager until the 2020 European Championship.

O’Neill said that his initial doubts about international football have been banished following a successful first term in charge which led the Ireland team to Euro 2016 last summer.

His team are facing a make-or-break four days in their bid to secure a place at next summer’s World Cup in Russia.

Ireland must beat Moldova in Dublin on Friday evening to set up what looks like a winner-takes-all trip to Cardiff to face Euro 2016 semi-finalists Wales for a potential play-off berth.

Ahead of the game against Moldova, O’Neill has revealed that irrespective of what transpires in the days ahead, he will be staying at the helm.

“I spoke to John [Delaney, FAI chief executive] very recently and he said, on behalf of the board, they would like to extend my contract for another couple of years, obviously with the Euros coming up, and I have agreed to do so,” he said.

“I’m delighted, I have enjoyed it immensely.” His assistant manager, Roy Keane, will also remain part of the set-up and the former Leicester City and Celtic boss feels there is a bright future ahead for the Republic of Ireland, with some exciting talent coming through.

“International football is something that I did not know if it was something I would get used to or not, but obviously qualification for the Euros [in 2016] made it all worthwhile and while we’re still in this competition also,” he added.

“But also, the future, with some younger players coming through, taking over from the old guard who will retire naturally, through old age as much as anything else, I think that there are exciting times for us.”

Republic of Ireland are 5.25 to beat Moldova 3-0 at the Aviva Stadium on Friday evening.