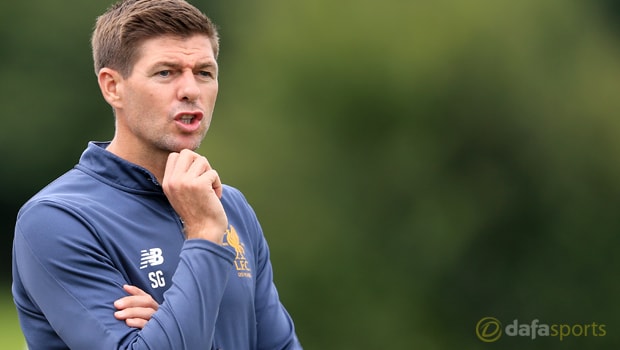 Former captain Steven Gerrard says there is no need for panic at Liverpool despite an indifferent start to the season.

The Reds have won just one of their last seven games in all competitions.

They trail leaders Manchester City by seven points in the Premier League, were knocked out of the EFL Cup by Leicester City and have only two points from two games in the Champions League.

Jurgen Klopp’s side have failed to keep a clean sheet since their 4-0 win against Arsenal back in August while they have been criticised for failing to make the most of the many chances they have created in front of goal.

Gerrard, now a television pundit, has insisted he expects Liverpool to turn their season around.

“We’ve got a wonderful manager and coaching staff that are looking after these players.

“I think everything is fine. I’m not one that jumps on the bandwagon and listens to criticism after seven games.”

Liverpool host deadly rivals Manchester United at Anfield after the international break but Gerrard insists the time for assessment is still some way down the track.

“I used to judge myself and the team I was playing in at least 10 or 15 games into the season so let’s see where we are then,” he added.

“I’ve got every confidence we’ll be in the top four and everything will be a little happier than it is at the moment.

“What the Liverpool team have to do at the moment is stick together and see where they are in four or five games’ time.”

Liverpool are 2.60 to beat Manchester United on October 14 while they are 34.00 to win the league title this season.