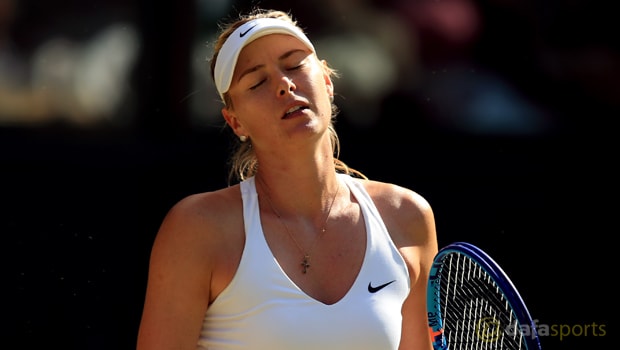 Five-time Grand Slam champion Maria Sharapova will miss the French Open later this month after being denied a wildcard entry by tournament officials on Tuesday.

The world number 211 is ranked too low to earn direct entry to the clay-court event after only recently returning to the circuit following a 15-month doping ban.

However, the Russian, who has claimed two titles at Roland Garros – in 2012 and 2014 – was hopeful of being handed a wildcard entry into either the main draw or qualifying tournament as she looks to get her career back on track.

Sharapova, who is priced at 7.00 to win Wimbledon, made her first appearance after coming back from the ban last month with wildcard entries in Stuttgart, Madrid and Rome but tournament officials felt it would not be fair to hand one out for the second Grand Slam of the season.

Shortly after hearing the news on Tuesday, Sharapova withdrew from her second-round Italian Open match with Mirjana Lucic-Baroni citing injury.

The 30-year-old needed to reach the semi-finals of the Italian Open to qualify for Wimbledon’s main draw but has claimed a spot in qualifying for the grass-court Grand Slam.