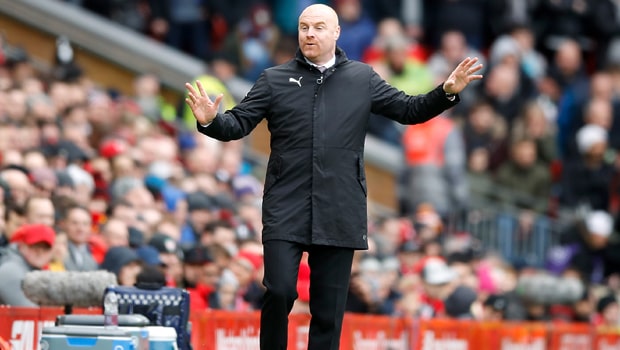 Burnley manager Sean Dyche says he is reasonably happy with his side’s form despite their 4-2 defeat at Liverpool last weekend.

Results for Cardiff, Southampton and Brighton ensured that defeat at Anfield proved costly, and the Clarets enter the weekend just a place above the bottom three in the Premier League, two points ahead of the Bluebirds in the final relegation place.

Dyche’s side looked to be heading towards safety in the league after an eight-match unbeaten run at the start of the year.

However, they welcome Leicester to Turf Moor on Saturday aiming to bounce back after losing their last three, which has plunged them back into trouble towards the foot of the table.

Of the Liverpool defeat, Dyche said: “I thought the only thing was the four details, the rest of the performance I was reasonably happy with.

“Where we were to where we are now is a big shift from earlier in the season and you’d take it all day.

We’ve stuck in 18 points since Christmas. We’ve got more to come I think – we’ve got to have more to come.”

Dyche also used his press conference ahead of the Leicester game to welcome the news that both Tom Heaton and James Tarkowski have been recalled by Gareth Southgate for England’s forthcoming Euro 2020 qualifying games against the Czech Republic and Montenegro.

Dyche said: “It’s good for them and good for the club to continue to be recognised at international level, not just for England. That’s a big shift from when I first arrived here, that’s for sure.”