Andy Carroll may have played last game for Hammers 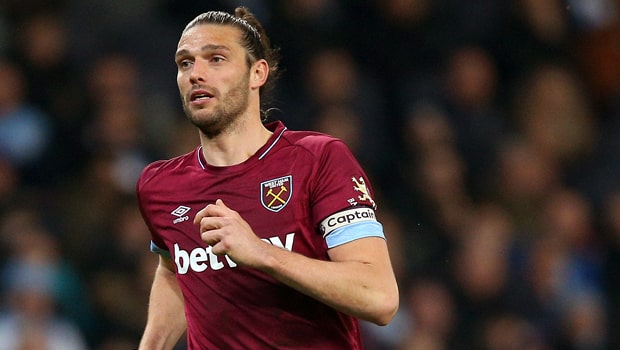 Striker Andy Carroll may have played his last game for West Ham due to an ankle injury.

With his contract due to expire in the summer and no sign of it being renewed, the imposing frontman may well be on the move in a few months.

West Ham host Huddersfield in the Premier League this weekend and boss Manuel Pellegrini told reporters: “Andy Carroll has an ankle problem, how serious we don’t know, I cannot tell you. We need to wait for some medical examinations and after that we will know.”

Carroll joined the Hammers from Liverpool in 2012 but has only made 84 Premier League appearances,with a succession of injuries limiting his time on the field.

One player who will be in Pellegrini’s squad to face Huddersfield is Declan Rice, who was named in Gareth Southgate’s England squad for the forthcoming Euro 2020 qualifiers against the Czech Republic and Montenegro, and the Hammers boss says the youngster deserves his chance at international level.

“It was a big decision for him to decide which country he was going to play for, but I think that his performance has allowed him to play at any international level because he is in a very good moment,” Pellegrini added.

West Ham go into the weekend in the top half of the Premier League table, a position in contrast to the visiting Terriers, who seem doomed to relegation at the end of the season.