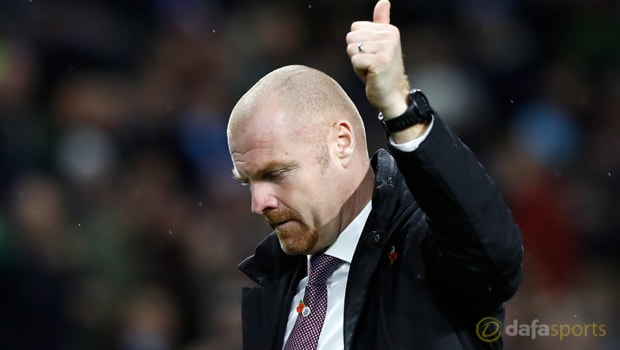 Burnley manager Sean Dyche insists he is not concerned by their failure to pick up wins at Turf Moor so far their season as they prepare to take on Newcastle.

The Clarets, who are priced at 4.00 to be relegated, made Turf Moor a fortess in 2016-17 and it was their form on home soil that prevented them from returning to the Championship.

However, they have won just once on their own patch this term, claiming a 1-0 triumph over Crystal Palace, while they have lost one and drawn twice.

Dyche points to the fact that they haven’t lost too often in Lancashire and feels that suggests they can start turning draws into victories as the season develops.

In stark contrast to last season Burnley have found life easier on the road in 2017-18, beating Chelsea and Everton, and drawing at Tottenham and Liverpool.

Newcastle will be the latest side to travel to Turf Moor on Monday and Dyche has played down suggestions that they could struggle to survive this season after a shaky run at home.

Dyche told reporters: “It’s not really not become a fortress. People are implying a different kind of situation.

It doesn’t worry me, because we have only been beaten once. And if that continues, I will be pretty happy.

We were so strong at home last year and we’re not miles off that this year, the way we’ve been performing.

They are maybe coming with a different game plan than what they were last season.

That’s to be considered, as well, which we do look at that. But we’re not miles away from our home form being strong as well, so I’ve been very pleased overall.”