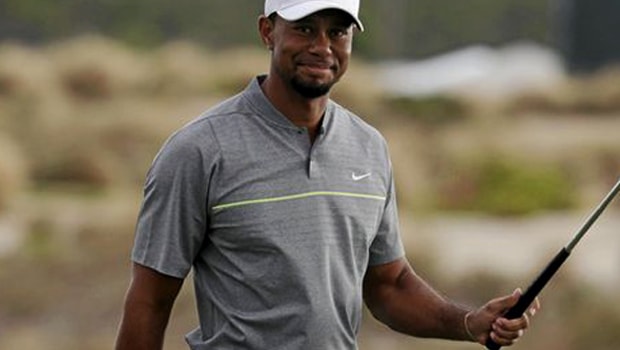 Tiger Woods has confirmed he will make his long-awaited return to competitive action at next month’s Hero World Challenge.

The 14-time major winner has not featured competitively since withdrawing from the Dubai Desert Classic at the start of February due to a long-standing back problem.

The former world number one underwent surgery on the injury for a fourth time in April and has now confirmed he will return to action in the Bahamas next month at a tournament he hosts, winning on five occasions.

Woods revealed on social media: “I’d like to thank the committee of 1 for picking myself and Daniel Berger to play in this years #HeroWorldChallenge.”

The 41-year-old, who was given the all-clear to return by his surgeon earlier this month, has not won a professional event since his success at the Bridgestone Invitational in 2013.

“I am excited to return to competitive golf at the Hero World Challenge,” the American added.

“Albany is the perfect setting and it will be great to join this outstanding field.

I want to thank Pawan Munjal and Hero MotoCorp for their continued support of this tournament and my foundation.”

The world’s top four players, Dustin Johnson, Jordan Spieth, Hideki Matsuyama and Justin Thomas, have also confirmed their participation at the event which is due to get underway at Albany, New Providence on November 30.

Woods, who won the last of his major titles at the US Open in 2008, remains four victories behind Jack Nicklaus’ record of 18.

He is priced at 81.00 to add to his tally by winning next year’s Masters.