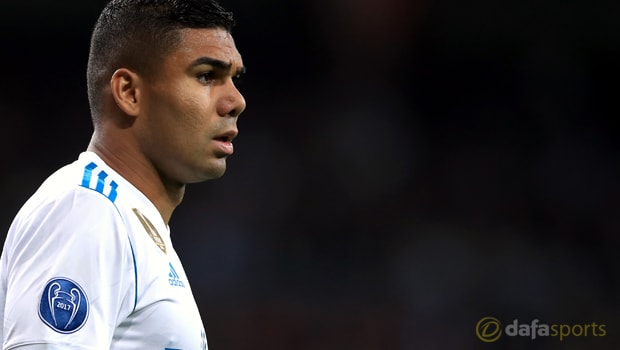 Real Madrid midfielder Casemiro has admitted to feeling concerned about their position in the table after falling to historic defeat at the hands of Girona on Sunday.

Los Blancos, who are priced at 3.80 to win La Liga, have endured a tough start to their La Liga title defence this term and already sit eight points adrift of league leaders Barcelona.

Real took the lead at the Montilivi through Isco after just 12 minutes, however, they found themselves under severe pressure as the game developed.

Girona created plenty of chances and eventually got their reward on 54 minutes when Cristhian Stuani netted before Portu put them into a 2-1 lead just four minutes later.

The newly promoted side, who were facing Real Madrid for the first time ever in La Liga, held on to their lead despite some nervy moments in the closing stages.

Zinedine Zidane’s men have now fallen to two defeats and have been held to two draws from their opening 10 games and they face tough task in trying to claw back points on rivals Barcelona.

Casemiro admits the gap is already a concern and insists they must work hard and attempt to stay calm as their attentions turn to the Champions League clash with Tottenham.

“We have to play better and work harder than this,” Casemiro said.

“We have to stay calm too but we did not play well and we did not create enough opportunities to win the game.

“We can’t look for any excuses as ultimately we did not create as many chances as we normally do, and you must congratulate Girona for their role in that.

The league table? The gap between us and our rivals is a concern but we must stay focused as we will still have chances to win this league.”