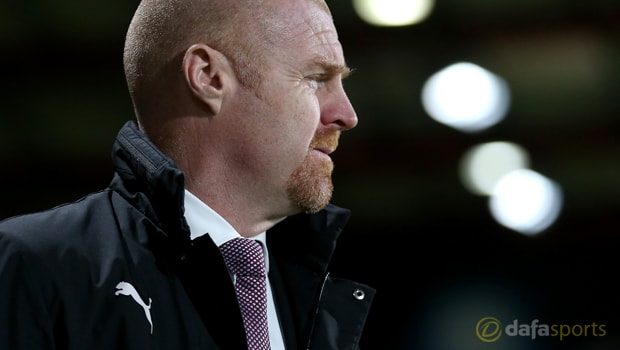 Sean Dyche says he is not surprised by Burnley’s position in the Premier League and has credited hard work for their success.

The Clarets rose to sixth in the standings on Wednesday evening as goals from Chris Wood and Robbie Brady saw them topple Bournemouth 2-1.

Josh King’s 79th minute strike made things interesting in the closing stages but Burnley held firm to seal all three points and their seventh win from 14 matches.

It has been an odd few weeks for the club, with boss Dyche heavily linked with a move to Everton but he has repeatedly denied the rumours and now looks set to continue his fine work at Turf Moor.

He is clearly committed to the cause, having guided the Lancashire club to two promotions in his time and subsequently consolidated their position in the Premier League.

Saturday sees the Clarets take on Leicester in a game that is sure to be entertaining, with both teams in decent scoring form.

There are also plenty of price boosts available, most notably the aforementioned Wood now being 8.00 to score the first goal, while a Burnley win with over 2.5 goals is 9/1.

Dyche says he was pleased with what he saw on Wednesday and feels his side’s league position is more than justified.

He said: “We were very dominant, hit the bar, made the keeper work and scored a fine goal.

“Where we are in the league, everyone will be surprised by that. I see the players work all the time and have great belief in this squad.”