Zinedine Zidane refusing to give up hope 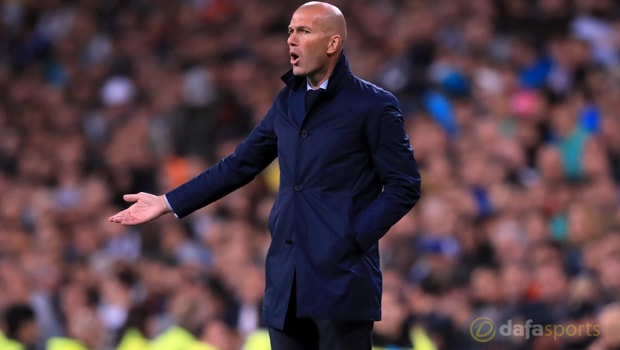 Real Madrid can still challenge for the La Liga crown this season despite being held to a 2-2 draw away at Levante, according to Zinedine Zidane.

The defending champions have struggled to find any consistency in the league this season and they have already tasted defeat on four occasions.

Real, who are priced at 9.00 to win the Champions League, twice led on their travels with Sergio Ramos initially putting them ahead in the first half before Isco restored their advantage with 81 minutes on the clock after Emmanuel Boateng levelled for Levante.

However, Los Blancos couldn’t hold on to their lead in the dying moments as Hellas Verona loanee Giampaolo Pazzini netted on his debut with just one minute remaining.

Despite finding themselves with a huge gap to make up in the remaining 17 league games Zidane has refused to accept that the title is out of their reach.

“There are still plenty of points up for grabs. We controlled the game but dropped these two. “We needed to win a third game in a row and we didn’t.”

Zidane is believed to be under growing pressure from the club’s hierarchy but he insists he is not listening to the rumours and is just focused on trying to get them back on track when they host Real Sociedad next weekend.

He added: “My future? I’m going to think about the next game, no more than that.”