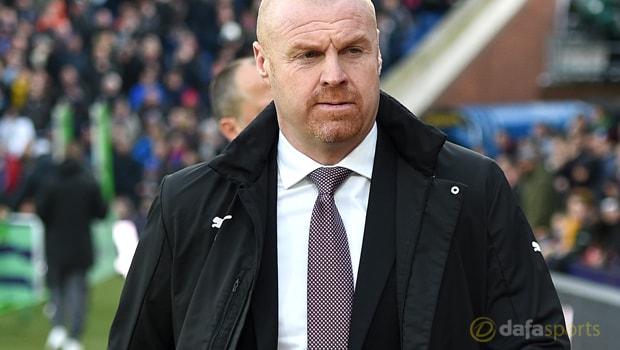 Sean Dyche says he expects his Burnley side to keep pushing themselves despite their heroics so far this season.

After battling relegation for most of last term, the Clarets have been the surprise package of the campaign, currently sitting seventh in the standings.

However, Saturday’s defeat at Crystal Palace extended their winless run in the Premier League to six matches and there is talk that the squad has taken their eye off the ball.

This weekend sees them welcome Manchester United to Turf Moor and they have a decent record against the Red Devils, losing to them at home just once in the Premier League.

Dafabet are also offering price boosts on the game, with Ashley Barnes now 4/1 to score at anytime, having previously been 10/3.

Victory would come as a timely boost as the Clarets appear to be sliding away from European contention.

Dyche admits his side’s form has surprised everyone but insists they cannot rest on their laurels.

“Were people expecting us to be seventh?” he said.

“No, so therefore we’re delivering a good season even if we’re on a bad run at the moment. I think that’s fair. I think our fans will look at it like that.

“But that doesn’t mean we settle for it, that’s not the case at all, that’s what I reminded the players at half-time (at Palace). We’re not settling for that but there has to be a reality to it.”