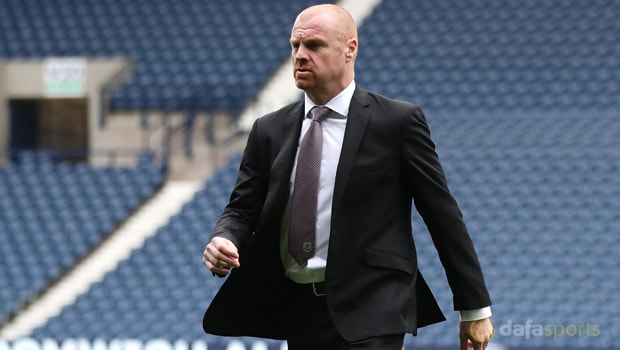 Manager Sean Dyche is delighted with Burnley’s progress this season, although he admits they will have to start again next term.

The Clarets are pushing for a European berth this this season, currently sitting in seventh spot in the Premier League.

Dyche says the overall structure of the club works well for him.

“There’s still a demand, and the demand changes, and it will because we’re doing even better than probably expected, but underneath that, there’s a club that knows year on year it’s a challenge to be in the Premier League, so there’s a balance to it,” he said. “Even from the board.

The chairman, there’s a balance to their thinking, they know we’re not the real deal, this isn’t a given what we’re achieving this season, and in the future, but they do allow me to work with the freedom to get on with what I need to do.”

Sensible expectation levels are paramount for Dyche. His excellent work at Turf Moor ensured he was linked with vacant post at Everton this season but Dyche appears content with Burnley, having signed a new deal in January that ties him to the Clarets until 2022.

“I’ve signed again, I like what we’re doing here, I’m 46, I’m learning, the managers who have been in it for years and years have been through phases where they have to learn, and that’s what I think I have to do, and I get the freedom to do that,” he added.

Next up for Burnley is a trip to Vicarage Road to take on Watford in the Premier League on Saturday and they are priced at 3.20 to win there, while the Hornets are available at 2.30 and the draw is on offer at 3.30.