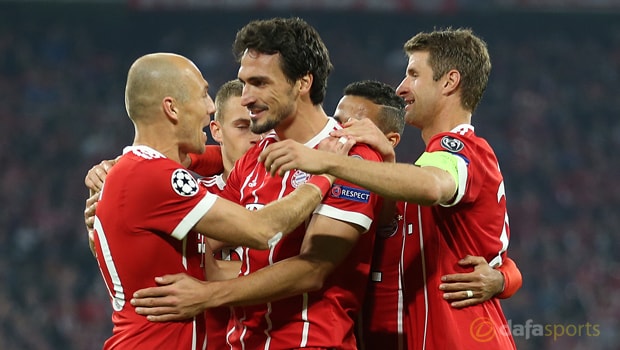 Mats Hummels says Bayern Munich will learn from a poor performance in their Champions League quarter-final first-leg win over Sevilla.

The Bundesliga side emerged from their trip to Spain with a 2-1 advantage but were not at their best and Sevilla can count themselves unfortunate to have lost out.

Sevilla made a bright start and led when midfielder Pablo Sarabia scored just beyond the half-hour mark.

By that time he had already passed up a golden chance to open the scoring. The home side were halted in their tracks when Jesus Navas turned a low cross from Franck Ribery into his own net on the stoke of half-time.

Sevilla’s misery was compounded in the second half as Thiago Alcantara’s deflected header from a Ribery cross gave Bayern an advantage to take into the second leg in Germany.

Hummels admits Bayern would have gladly accepted such an outcome before kick-off, but the defender knows the performance has got to be worked on.

“The result would have got our signature if you gave it to us before the game,” he told BT Sport.

“We’re happy with the result but it wasn’t 90 minutes good for us. There was half an hour in the first half when Sevilla were clearly the better team.

“We watched many of Sevilla’s games and the coach told us how good they are.

“It didn’t come as a surprise but we didn’t want them to be as dominant for the first half. We will analyse and talk about that and make sure it doesn’t happen again.”

Bayern are 4.00 to win the Champions League this season, while Real Madrid are favourites at 3.75 after they thumped Juventus 3-0 in Turin in their quarter-final first leg.