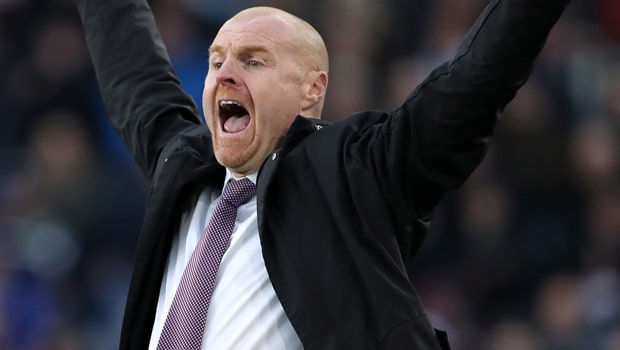 Burnley boss Sean Dyche admits it will be almost impossible to keep all three of his goalkeepers happy and he expects one of them to leave come the end of the season.

The Clarets have a wealth of options to choose from in the goalkeeping department, with Joe Hart, Tom Heaton and Nick Pope having all represented England in the past – indeed the latter was part of the Three Lions squad that reached the semi-finals of last summer’s World Cup.

Pope started the season as number one but, after injuring his shoulder against Aberdeen in the Europa League, Dyche decided to sign former England regular Hart from Manchester City.

Hart was the undisputed first choice during Burnley’s opening 19 matches in the Premier League this season, but Heaton returned to the starting line-up after his own injury struggles over the festive period and the Clarets have not looked back since, as they are on a five-match unbeaten run.

Burnley face a difficult-looking away clash with Manchester City in the FA Cup fourth round on Saturday and, with all three goalkeepers now fit and available, Dyche admits he faces a near impossible task keeping them all happy.

“No, I can’t see that position,” Dyche said when asked about keeping his keepers happy. “Not happy. “They can get on with it. That’s a professional happiness. But happy is a completely different thing.”

Dyche went on to indicate that he expects at least one of the trio to leave the club come the end of the season.

He added: “That’s the way it goes and, come the summer, there will probably be a period where that works itself out.”

Burnley, regardless of who is in goal, are priced at 29.00 to emerge victorious at the Etihad Stadium on Saturday, while City are available at 1.08 and the draw is on offer at 10.00.