Santiago Solari: Real still have work to do 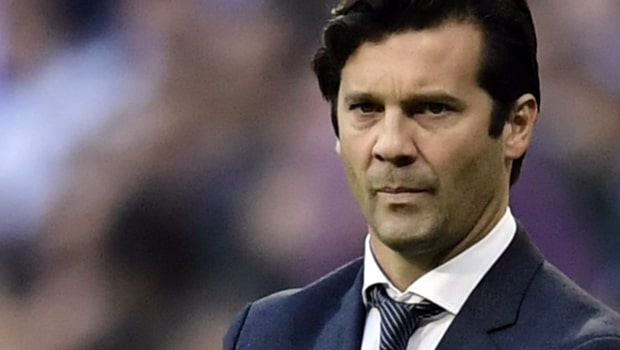 Santiago Solari insists Real Madrid still have work to do if they are to progress in the Copa del Rey despite seeing his side claim a 4-2 success over Girona in the first leg of their quarter-final tie at the Bernabeu on Thursday.

A brace from captain Sergio Ramos and further strikes from Lucas Vazquez and Karim Benzema have put Los Blancos in a commanding position at the halfway point of the tie, although Girona were able to score twice in reply through Anthony Lozano and Alex Granell.

The Catalan club have also proven in the past that they have what it takes to beat Real on their own patch – a 2-1 victory in 2017 testifies to that – and Solari certainly knows his team still have work to do if they are to progress through to the semi-finals.

“It’s football, that’s why this sport looks good,” Solari told reporters. “You have to keep working the same way because it was the right path. The tie is open and we will have a nice match on the return.”

Solari also singled out youngster Vinicius Junior for his performance, as the Brazilian was involved in three of Real’s goals on the night, taking his tally for assists in this season’s Copa del Rey to five.

The 18-year-old has certainly stepped up to the plate with the likes of Marco Asensio and Gareth Bale currently on the sidelines due to injury. “He has had a great growth,” Solari added.

“He showed things before arriving here, later in Castilla and now he is showing them in the first team with continuity.”

Real will travel to the Montilivi for the second leg of their quarter-final tie next week, but before then they face an away clash with Espanyol in La Liga on Sunday.

The reigning European champions have won their last two games in La Liga and they are priced at 1.83 to make it three in a row on Sunday, while Espanyol are available at 4.33 and the draw is on offer at 3.75.