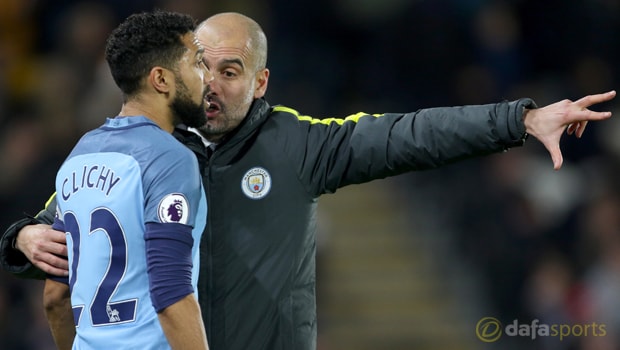 Manchester City’s Gael Clichy says his side owe it to their fans to win this season’s FA Cup.

Following plenty of excitement on the back of Pep Guardiola’s arrival as manager, the Citizens have struggled for consistency, going out to Monaco in the last 16 of the Champions League while they currently sitting fourth in the Premier League table.

With another busy summer in the transfer market expected, winning a trophy now would appease some of the current squad’s critics who argue the playing staff at the Etihad is unbalanced.

The Frenchman admits his team have been disappointed with their exploits this season and says it is important that they now focus on repaying their fans by lifting the trophy on May 27 at Wembley.

“But in the end, the FA Cup is a major trophy in England. People love this competition and, of course, we’re going to try hard to get it done.

“I love football, I love to be on the pitch, I love to train, I’m a hard-working guy and I love this. Of course, playing against Arsenal is something extra.

But in the end, the only thing that matters for us is to get through to the final and lift the trophy for the fans.”