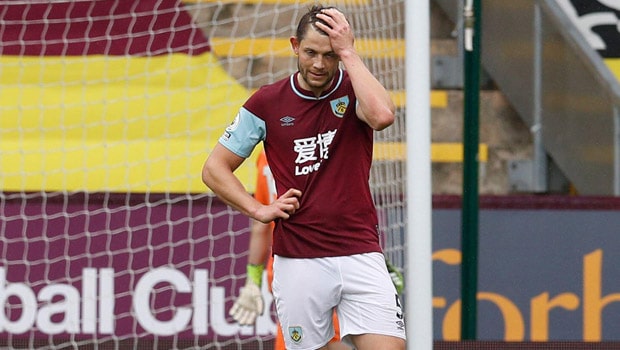 English defender James Tarkowski has been linked to a possible move away from the Turf Moor Stadium as reports link the defender to a move to the Olympic Stadium in London with West Ham.

The 28-year old defender is keen on a move out of Burnley and West Ham has been reported to have approached Burnley last season for the center back but talks failed to reach an agreement.

The Center-back’s contract with Burnley runs till 2022 but Sean Dyches’ side is already in the market for a replacement with contacts made with championship side Stoke City’s Nathan Collins.

However, West Ham United has also been in the market for additions into the Hammers squad after qualifying for next season’s Europa League.

West Ham has signed Watford defender Craig Dawson ahead of the next season’s assignments.

Meanwhile, Tarkowski played 36 Premier League games last season as Burnley avoided the drop. He joined Burnley from Brentford in 2016 and has made over 160 appearances for the Clarets since then.

The player, who also has Polish origins, has two appearances for England’s three Lions and was also included in the team’s preliminary but failed to make the final list for the 2018 FIFA World Cup in Russia where the team made it to the semifinals.

However, since pulling out of contention for a hernia operation, the defender has not been close to a return to the Three Lions as he has been overlooked including for the ongoing Euro 2020 where England has won their opening game against Croatia.

The three Lions will face Scotland next in the Euros after the Scots lost 2-0 to the Czech Republic on Monday afternoon.

Meanwhile, in other transfer stories, Manchester United is keen on Barcelona forward Ousmane Dembele, while talks continue to proceed in the bid to sign Borussia Dortmund midfielder Jadon Sancho.