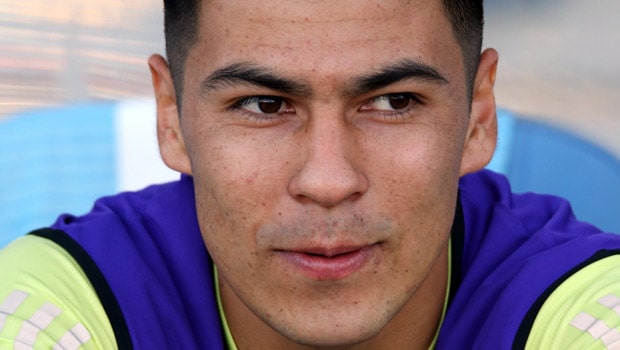 It is no longer news that Cádiz Club de Fútbol and Club Deportivo O’Higgins have reached an agreement over the transfer of defensive midfielder, Tomás Alarcón Vergara, but this article will throw more light on what you need to know about the Chilean international.

Alarcón, who was born in Rancagua, Chile, on 19 January 1999, began his career with the Chilean Primera División club, O’Higgins. After making his debut in 2016, the 22-year-old midfielder has shown his mettle with great performances that earned him an international debut in 2019 against Argentina.

Before reaching an agreement with the La Liga Santander club, he has played for the Chilean club 85 times, scoring eight goals. He was also in action for the national team earlier this month in the 2022 World Cup qualifiers against Argentina and Bolivia.

It was announced that Cadiz that Alarcón has completed a move to Cádiz on a four-year deal, with the option for a further 12 months.  This means that he will join the La Liga club for pre-season after the 2021 Copa América.

Despite having several clubs declaring their interest in his service, Alarcón eventually reached an agreement with the club monitoring him for several weeks.

According to sources, Cádiz would be paying him  $2 million per annum.

He is the second signing of the club after they had announced the arrival of Armenia captain Varazdat Haroyan, who came from Astana to the Estadio Ramón de Carranza on a two-year deal.

Being a defender with loads of experience, it is believed that Haroyan will bring more stability to the defense of the team as they head into another La Liga season after finishing 12th with a goal deficit of 22.

Thus, it is believed that the signing of both Haroyan and Alarcón will be vital reinforcements to Cadiz’s squad for the next season.