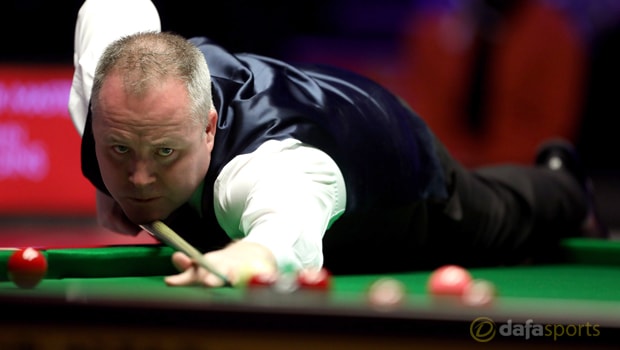 John Higgins says Sunday’s win at the Welsh Open has given him the belief that he can still shine in snooker’s biggest events.

In a thrilling final in Cardiff, the Scot overcame Barry Hawkins 9-7 thanks to a clinical display in the final session.

The title was Higgins’ 30th ranking crown and goes alongside the Indian Open triumph he sealed earlier in the season.

His challenge now is to transfer his form onto the big stage having not won any of the World Championship, UK Championship or The Masters since 2011.

Higgins made the final at The Crucible last year but lost out to Mark Selby, after the ‘Jester’ pulled away in the final frames.

With a fourth-round exit at the UK and a semi-final elimination at The Masters, the 42-year-old now has just the Worlds left but is feeling good about his hopes of a fifth title and first since 2011.

The ‘Wizard of Wishaw’ is currently 12.00 to be crowned world champion, with Ronnie O’Sullivan the 4.00 favourite, ahead of Mark Selby at 5.00 and the 9.00 on offer for Judd Trump.

Higgins admits he struggled for confidence following last year’s defeat in Sheffield but says Sunday’s win has strengthened his belief that he can still do it on the big stage.

“After losing the World Championship final last season (to Mark Selby) I got a bit down on myself in private moments, thinking it was a great chance to win,” he said.

“But now I have proved I am still capable of winning events. I haven’t done that at the Masters, UK or World for seven years so that’s my goal now.”