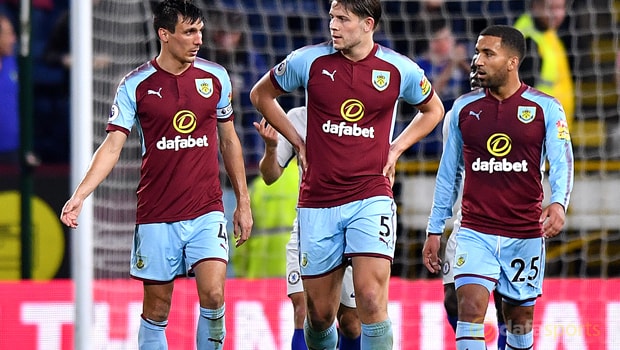 Jack Cork feels playing in the Europa League for Burnley next season would instantly be amongst the highlights of his professional career.

Sean Dyche’s side have enjoyed a magical Premier League season and they go into this weekend’s game with Brighton knowing victory will see them into Europe next term.

A seventh place finish for Burnley would mean entry in the second qualifying round in July, leaving the Clarets three rounds to progress before entering the group stages of European football’s secondary competition.

Cork missed out on European football at former club Swansea, arriving at the Liberty Stadium in the wake of their 2013/14 Europa League campaign that saw the Welsh outfit finish second behind La Liga giants Valencia in the group stage before exiting in the first knockout round to Italian side Napoli.

The 28-year-old has listened to tales from former teammates of those big occasions and he is eager to experience that for himself at Turf Moor and further afield next season.

“There have been a lot of good years at Burnley recently and I’m sure the fans are enjoying it.

“I would love to play in it because I’ve never done a European competition before.”

His former Swansea teammates left Cork in no doubt that whilst playing in Europe is tough, the potential for magical experiences is well worth the challenge.

“They had Valencia, Napoli, they had those big away trips. They are massive moments in players’ careers and fans’ journeys with the football club,” he added.

“It can be difficult with some of the trips but it’s worth it when you get the likes of Valencia. It’s a great thing to be doing. I would love to have a good run in Europe.”