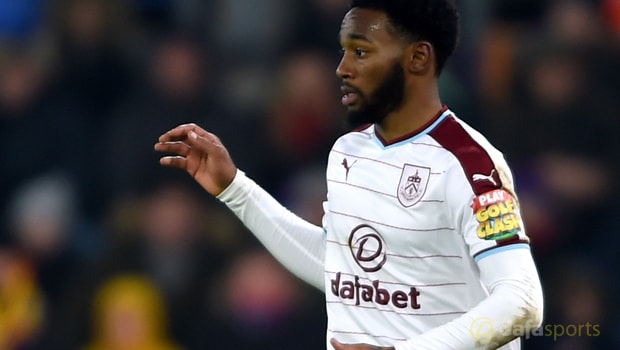 Georges-Kevin N’koudou says he has been handed a “big opportunity” by Burnley and is ready to showcase his skills in the remainder of the Premier League campaign.

N’Koudou moved to Tottenham Hotspur from Marseille in 2016 for a reported £11million, putting pen-to-paper on a five-year contract, but he has struggled for first-team opportunities since.

The former France Under-21 international amassed just 46 minutes of Premier League action last season whilst just one substitute appearance was made for Spurs this term.

Burnley, who are sitting seventh in the table in what has been an impressive campaign so far, have managed to snap up the 22-year-old on a loan deal until the end of the campaign.

The winger, who finished 30th in UEFA’s Best Player in Europe award in 2016, made his debut when coming off the bench in Saturday’s 1-0 defeat to Crystal Palace and he was one of the rare positives for the Clarets.

N’Koudou has expressed his delight at securing the temporary switch to Turf Moor and is now looking to impress manager Sean Dyche for the rest of the season.

“I am very happy to come to Burnley. It’s a big opportunity for me to play more football in the Premier League and I want to see everything in it,” he said.

“I’m happy, the staff are good, the manager, the players, the beautiful people that are at the club.
I’m very happy to be here.”

Burnley play host to Manchester United on Saturday and the home side are 6.00, a draw is priced at 3.80 whilst the Red Devils are 1.60 favourites.