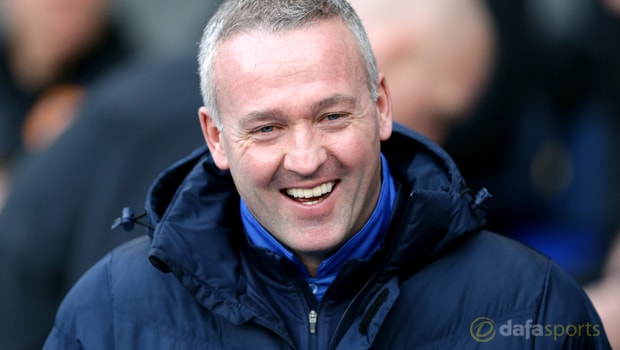 Paul Lambert has been given the task of pulling Stoke City away from Premier League relegation trouble after being named as their new manager on a two-and-a-half-year deal.

Stoke parted ways with Welshman Mark Hughes after the 2-1 FA Cup third-round defeat to Coventry City on January 6 and the club have been conducting a detailed managerial search since.

A number of different names were linked with the vacant position, including those of Espanyol boss Quique Sanchez Flores, Derby County chief Gary Rowett and Republic of Ireland manager Martin O’Neill.

The trio rejected the opportunity to take charge at the Stoke Stadium and chairman Peter Coates had to turn his attention elsewhere as the options were starting to become limited.

However, the Potters have now confirmed the appointment of Lambert, who has been out of work since leaving Wolverhampton Wanderers last season, on a deal that runs until the end of the 2019/2020 campaign.

The 48-year-old Scotsman has plenty of experience, having also been in charge of Livingston, Wycombe Wanderers, Colchester United, Norwich City, Aston Villa and Blackburn Rovers.

Speaking of the new manager, Coates said: “Paul greatly impressed us with his knowledge of our squad and had a clear plan of how he would improve our results.

“He’s a man who backed himself as a player, none more so than when he turned down contract offers in Scotland to go on trial in the German Bundesliga with Borussia Dortmund, and it’s obvious he adopts the same approach as a manager.”

Stoke, who are 2.75 to be relegated, play host to fellow strugglers Huddersfield Town on Saturday in a crunch clash and the Potters are 2.00 favourites to win, a draw is priced at 3.30 whilst the Terriers are 4.00 outsiders.