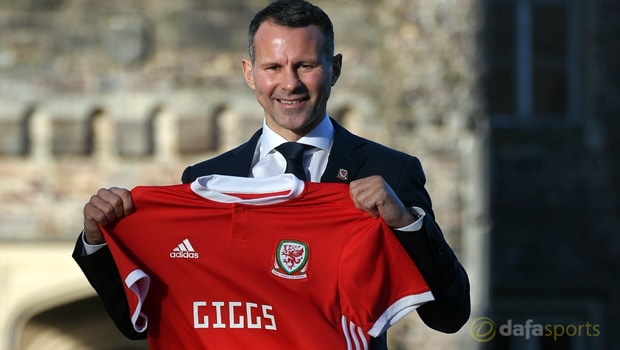 Coleman, who led Wales to the semi-finals of the 2016 European Championship during his five-year reign, resigned from his position on November 17 to take charge at Championship outfit Sunderland.

The FAW have been conducting a thorough managerial search, with Coleman’s assistant Osian Roberts, former Wales striker Craig Bellamy and Mark Bowen all interviewed for the vacant role.

John Hartson also revealed his desire to take charge of the national side but Giggs, who scored 12 goals in 64 international appearances, is the chosen one after signing a four-year deal.

The 44-year-old has been out of work since leaving his role as United’s assistant manager at the end of the 2015/16 season following the arrival of Portuguese tactician Jose Mourinho.

Rumours of Giggs appointment broke on Sunday but they were met with some criticism after the winger regularly pulled out of Wales’ squad to play friendlies during his playing career.

However, the FAW believes Giggs is the right man for the job and his first major goal will be to successfully guide his country through qualifying for the 2020 European Championship.

Speaking about his appointment, the new manager said: “I am so proud to have been given the honour of managing the National Team.

The challenges that we have ahead of us with the Nations League and qualification for Euro 2020 excite me a great deal.

“I can’t wait to start working with the players as we prepare for those crucial games later in the year.”