Clarets duo closing in on moves 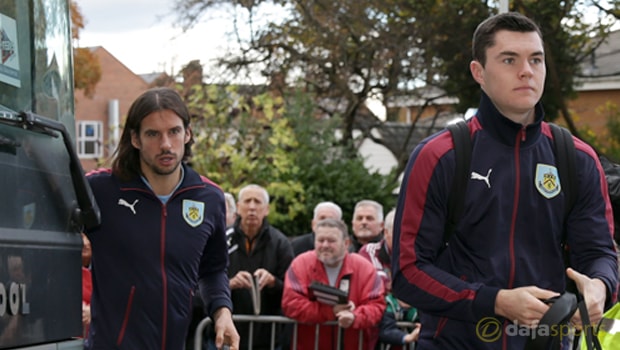 Burnley’s Michael Keane and George Boyd are reportedly closing in on moves to Everton and Sheffield Wednesday respectively.

Keane’s move to Merseyside is expected to be confirmed early this week, while Boyd is off to Hillsborough for a medical on Monday.

Discussions between the Burnley and Everton are nearing completion with both sides hopeful a deal can be done.

Keane joined Burnley from Manchester United for £2million in January 2015, four years after signing his first professional contract at Old Trafford. His move to the Toffees is set to net Burnley somewhere in the region of £20m.

The central defender played in 35 of Burnley’s 38 Premier League matches last season and made his international debut for England in a 1-0 defeat to Germany in March.

It appears unlikely that manager Sean Dyche will be able to hold onto the highly-rated defender as he looks to build on Burnley’s achievement of having retained their Premier League status for the first time in the club’s history.

Boyd’s Burnley contract meanwhile expired in June and he rejected the offer of a one-year extension at Turf Moor.

The 31-year-old made 36 appearances for Burnley last season having joined from Hull City in a £3m move in 2014.

The Owls reached the Championship Playoff semi-finals last season, losing out to Huddersfield on penalties.