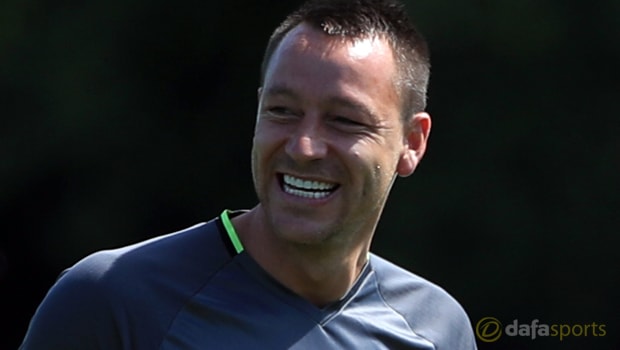 John Terry has confirmed he would one day like to manage Chelsea but his sole focus, for the time being, is on playing for Aston Villa.

John Terry has confirmed he would one day like to manage Chelsea but his sole focus, for the time being, is on playing for Aston Villa.

The former England captain’s 22-year association with Chelsea came to an end following the culmination of the 2016-17 campaign and, after speculation regarding his next move, he has now put pen to paper on a one-year contract with Championship outfit Villa.

The 36-year-old, who made more than 700 appearances for Chelsea in all competitions, has confirmed his deal with Villa is solely a playing one, although he admits his ultimate goal is to one day return to Stamford Bridge as manager.

Asked about becoming Chelsea manager, Terry said: “That’s a goal. Me and Lamps [Frank Lampard] have had those conversations.

“Do you dream too big? I don’t think you can ever dream too big. I’ve always wanted to be the very best and if that’s in management then Chelsea’s the one.”

Terry will be hoping to learn from Villa boss Steve Bruce during his 12 months in the Midlands, although he insists he has had no guarantees from his new manager, particularly when it comes to the club captaincy.

“I think that leadership will be a given, me as a player and the way I am, whether I’ve got the armband or not,” Terry added to Sky Sports News.

“James [Chester] did a great job with the armband last year. Steve will make them decisions. I’ve come here to play football, nothing else.”

Terry could make his competitive debut for Villa on the opening day of the season when Bruce’s men play host to Hull.

Villa are priced at 2.30 to win that match, while the recently relegated Tigers are available at 3.25 and the draw is on offer at 3.30.