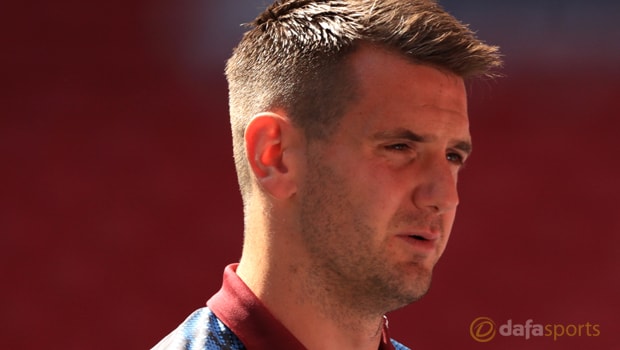 Sean Dyche admits the return to fitness of goalkeeper Tom Heaton leaves him with something of a selection headache going into the final weeks of the season.

The England shot stopper has been a long-term absentee this season for the Clarets with a shoulder problem.

In Heaton’s absence, Nick Pope has performed superbly between the sticks for Burnley, currently seventh in the table and on course for their record high finish in the Premier League.

Heaton is set to be available for selection when Burnley go to Watford on Saturday. Dyche also has Anders Lindegaard, who committed his future to the Clarets by signing a new contract on Thursday, and Adam Legzdins as options and he wants to see all four goalkeepers working hard.

“I don’t think it is difficult to balance,” said Dyche.

“Tom knows the job, as does Anders and [Adam] Legzdins behind them. Goalies know the script.

“Whether you’re first choice, second choice or fighting to get involved, that is just the lie of the land with goalkeepers.

“Pope is doing nicely, he’s playing well and having a good season. Tom has been a fantastic servant over time and Anders and Legz are still looking to earn their spurs here.”

In his pre-game press conference Dyche was asked if his comments meant that Pope was likely to retain the gloves for the rest of the season given his performances, Dyche was non-committal.

“No, it just means that there are four very good goalkeepers – two obvious ones. Nick has currently got the shirt, it is my decision if that continues over the season,” he added.