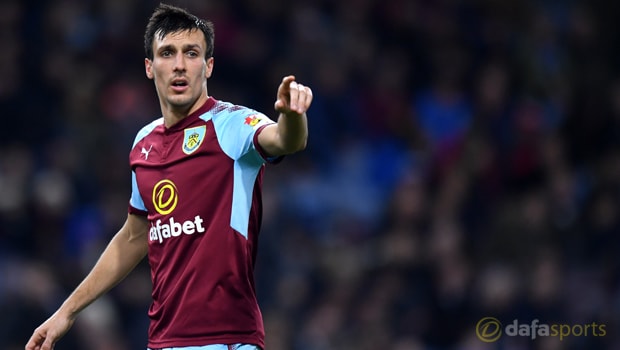 Burnley midfielder Jack Cork has urged the squad to move on quickly after they suffered a humbling defeat at the hands of Tottenham on Saturday.

The Clarets have been the surprise package in the Premier League this season, however, they were outclassed by Spurs at Turf Moor.

Burnley picked up a draw when they travelled to face Spurs at Wembley earlier in the campaign but they failed to put in a similar performance in their final outing before Christmas.

England international Harry Kane bagged a hat-trick to complete a 3-0 triumph, which has moved Tottenham into fifth place in the Premier League, in the process leapfrogging Burnley.

It’s not all doom and gloom for the Clarets, who sit seventh and boast their highest league position at Christmas since 1973.

Cork admitted it was a tough evening against Mauricio Pochettino’s men but insists the squad will dust themselves down and move on quickly as their focus turns to the Boxing Day clash with Manchester United.

“It was a tough night for us from the start. They pressed us and made it difficult,” said Cork.

“We’ve had a great season so far. We’re going to have one or two nights like that and hopefully we can get over it quickly.

“We had the same result at Manchester City really earlier in the season and that didn’t stop us.

“We’ve just got to keep doing what we have been doing and not let it affect us.”

Burnley are priced at 13.00 to get back to winning ways when they travel to Old Trafford, while United can be backed at 1.25, and the draw is available at 6.00