Tomer Hemed not concerned by lack of goals 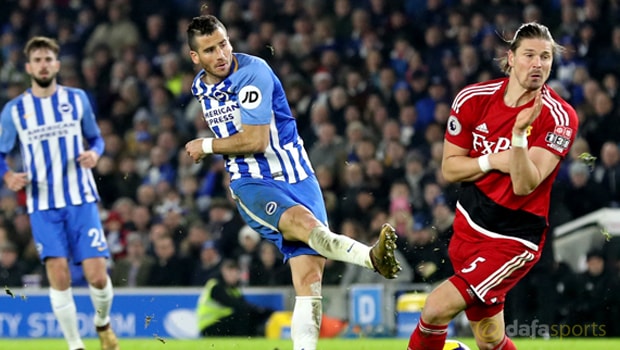 Striker Tomer Hemed insists he isn’t concerned by his lack of goals this season after helping Brighton to claim a crucial 1-0 win over Watford on Saturday.

The Israel international returned to the starting line-up for Saturday’s home meeting with Watford and he played a huge role in creating the only goal of the game.

Hemed failed to get on the scorehseet himself but was key in the build-up as Pascal Gross fired home with just over an hour gone on the south coast.

Brighton, who are priced at 3.50 to be relegated, had to hang on in the closing stages and they managed to hold Watford at bay to claim their first Premier League victory in eight outings.

The 30-year-old, who netted 11 times as Brighton won promotion from the Championship last season, has only struck twice in the league this term.

However, he insists he is happy as long as the chances continue to come and feels he will eventually start converting them.

Hemed said: “The first thing is we know we deserve the win. “Sometimes you do everything well and don’t get the result you wanted.

“With the goals, I’m more worried when I don’t get chances. “I’m happy I got chances and I created chances for others and I was involved.

“They didn’t go in but I’m sure next time it will be between the goalposts.”

Brighton sit 12th in the Premier League, five points clear of the bottom three, however, they may struggle to make it back-to-back wins when they face travel to Chelsea on Boxing Day.