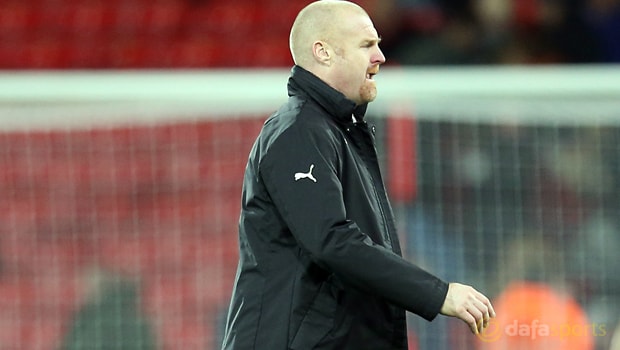 Burnley manager Sean Dyche has warned his side against complacency after they moved to within three points of the Champions League places.

The Clarets have enjoyed a stunning start to the Premier League season under Dyche, with Burnley silencing any critics they had yet again.

Dyche’s side are sixth in the table after seven wins from their first 14 games after they proved too much for Bournemouth on Wednesday night.

Goals from Chris Wood and Robbie Brady secured a 2-1 win on the south coast and Dyche admits his players are reaping their rewards after some hard work on the training pitch.

The former Watford coach admits the players are full of confidence and he is pleased for the fans, but he insists nobody within the camp should be getting carried away.

“There’s a nice feeling about the group. I think they’re getting the benefits of some very good work on the training pitch and good work as a group.

“We’re still earning the right to belong in the Premier League, but we’re doing a good job so far of that.

“We’ve had a very good period from the start of the season to now – it’s safeguarding that, building on it and continuing to look to move it forward.”

Burnley are next in action on Saturday when they travel to the King Power Stadium to take on Leicester City.