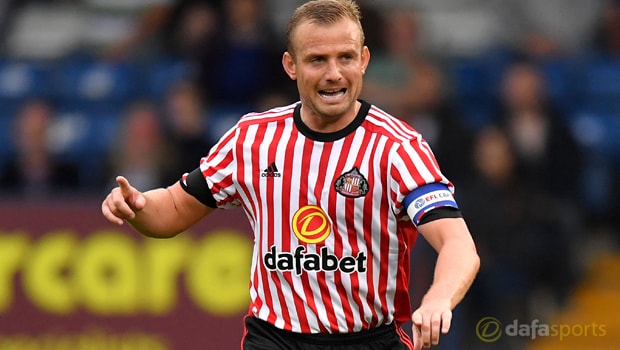 Lee Cattermole admits it is unusual Sunderland are racking up victories in pre-season but the midfielder insists the players need to carry this positivity into the new Championship season.

Sunderland endured a miserable Premier League campaign last term as they were relegated from the top flight, finishing bottom of the table after winning just six of their 38 matches.

Vito Mannone, Will Buckley, Victor Anichebe, Steven Pienaar, Fabio Borini, Joleon Lescott, Sebastian Larsson and Jan Kirchhoff have all also left the Stadium of Light after coming to the end of their contracts.

Manager Simon Grayson has been able to add to the squad, having signed James Vaughan and Aiden McGeady permanently, while Everton duo Tyias Browning and Brendan Galloway have arrived on loan.

Sunderland have looked decent in pre-season with only one defeat suffered from their six matches so far – that 3-0 loss coming against Scottish outfit St Johnstone earlier this month.

Cattermole admits the winning feeling within the squad is different to what they have experienced over the past few years but he is hoping the players can keep it going in the Championship when the action starts for real next month.

“We are creating that winning mentality,” he told safc.com.

“I’ve just been chatting to a few of the boys and as group I don’t think we are used to winning games regularly.

We need to create that environment where we are demanding those results.”

Sunderland, who are 15.00 to win the Championship title, start off with a home clash against Derby County on August 4 and the hosts are 2.30 favourites to win, while 3.25 is the price for a draw and also a Rams victory.