Burnley Have Announced Their New Manager 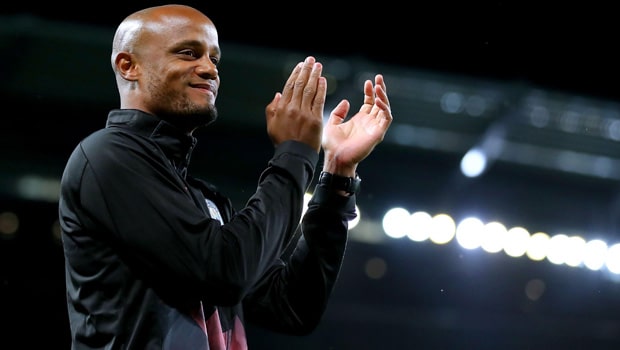 Last season was difficult for Burnley, who was relegated to the Championship by finishing 18th in the table with 35 points and only seven wins.

Following poor results, the club decided to fire Sean Dyche last April, after nine and a half years in charge.

Burnley appointed Mike Jackson as caretaker manager, who came close to saving the team and was voted best manager in the Premier in May.

But in the end the objective was not achieved and now the club is preparing to face a new season in the Championship, the first since the 2015-16. To face the new challenge and rebuild the club, Vicent Kompany has been put in charge of the first team

Kompany, who left City in 2019 and became RSC Anderlecht’s player-coach during the 2019/20 season, was subsequently officially appointed as the team’s technical director. But he left it, by mutual consent, in May, after finishing third in the Belgian league.

As coach of Anderlecht, he managed 90 games, winning 41 of them and achieving 30 draws and 19 losses.

“I am excited about this challenge. Burnley is a historic team and it is an honor to be their manager”, I did have other offers, But when I laid out all of the offers on the table, some were perhaps more appealing in terms of name and what they would represent to the wider public, but I had a chance to look in great depth into everything that Burnley is.” said the Belgian, who during his time as a defender at City won four Premier League titles.