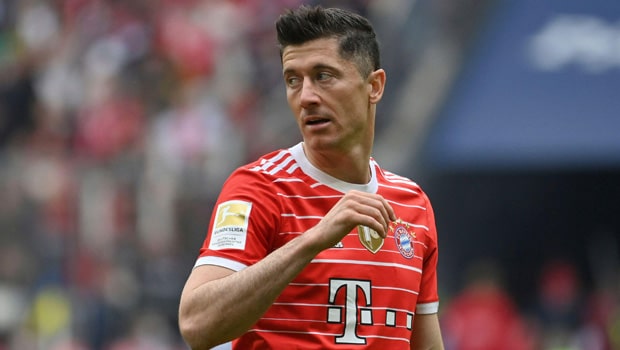 Bundesliga Champions Bayern Munich has yet again knocked back a bid for striker Robert Lewandowski from Spanish giants Barcelona.

Following the transfer wish of the Pole to seek his departure from the club, the Catalan club has been trying to sign the forward.

The offer in a range of 32m euros with an extra 5m euros in add-ons was turned down by Bayern. This is because the amount offered fell short of what the Bayern hierarchy needs.

Reports have it that the Bavarians are holding out for a direct sale of about 40m euros in a large sum, excluding add-ons or any installment payment.

With just a year left on Lewy’s deal, there are thoughts that Barca might hold on till his contract expires next summer.

However, Bayern will hope and persuade the Spanish side to get the deal done so they can approach Liverpool with another bid for Sadio Mane after the Premier League side rejected two bids.

In preparation for the third bid now, It seems Bayern are also giving the treatment given to them by Liverpool to Barcelona for their star forward as well.

Inside sources at Barcelona also claim the club will look to hold a board meeting regarding their finances regarding their merchandising rights. All fingers are now crossed as to whether the deal will take place or not.

For the sake of stability in the team, Bayern must grant Lewy’s wishes to leave the Allianz Arena for other targets to arrive. And it is with high hopes that the deal will be much clearer in the coming days.

The Bundesliga fixtures for the 2022/2023 season are set to be released on Friday the 17th of June 2022, with matchday 1 set to begin on the 5th of August and the league’s second-tier resuming three weeks earlier.