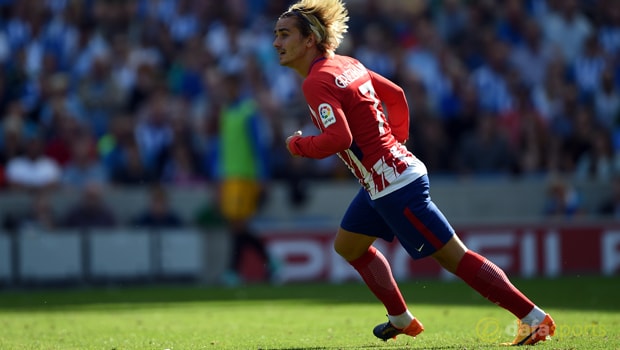 Antoine Griezmann insists he does not regret his decision to stick with Atletico Madrid during the summer despite his relative struggles in front of goal so far this term.

The France international was heavily linked with a move to Premier League outfit Manchester United during the off-season, but he ultimately chose to remain with Atleti, largely due to their transfer embargo.

Griezmann has finished as Los Rojiblancos’ top scorer in each of his three seasons with the club, but he has struggled to hit those heights so far this term, as he has netted just three goals in all competitions and has failed to score in any of his last seven club games.

Despite those struggles, the 26-year-old insists he does not regret his decision to stick with Diego Simeone’s team and he is confident he will return to top form soon.

“I don’t regret staying. It was my choice,” Griezmann told Telefoot.

“I’m happy with my choice, even if I’ve gone seven games without scoring. It will come back.” Atleti are unbeaten in La Liga so far this season, but they have drawn half of their 12 matches to date and currently find themselves 10 points behind early pace-setters Barcelona.

However, the club will be able to welcome reinforcements again during the January transfer window when their transfer ban is finally lifted, with Diego Costa and Vitolo set to officially join, and Griezmann believes those fresh faces will boost their chances of challenging for the title come the business end of the season.

“Diego Costa and Vitolo will be coming so we will try to keep the team high enough. These two reinforcements will do us good, “he added.