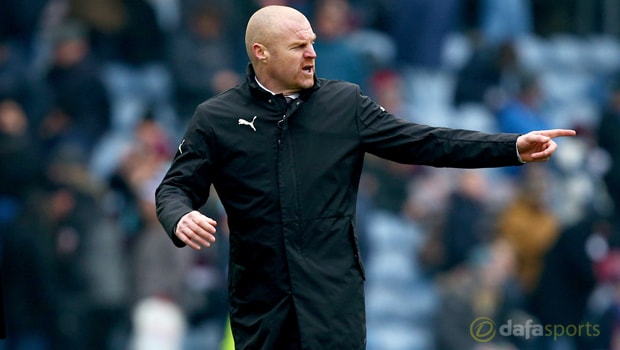 Aaron Lennon believes Burnley boss Sean Dyche has the mentality to be a top-tier Premier League boss in the future.

The Clarets winger has drawn favourable comparisons between Dyche and Mauricio Pochettino, his former boss at Tottenham.

The former England winger has been working under Sean Dyche since moving to Burnley from Everton in the January transfer window and he is already impressed by the mentality that is instilled every day amongst the Turf Moor squad.

“I had worked hard in the past, and other managers who do work you hard. The likes of Pochettino who is similar,” Lennon said of his early weeks with the Clarets.

“The gaffer made it clear to me that every day is 100 per-cent. I wouldn’t say it was an eye opener, but it’s a great mentality.”

Burnley, currently seventh with nine games left to play, are on the cusp of their highest ever Premier League finish.

Dyche has already become the first boss to lead the Lancashire club to successive seasons in the Premier League.

Argentine Pochettino has earned plenty plaudits for his work at Tottenham and Lennon feels Dyche could find his managerial career on a similar upward trajectory to that of the former Southampton boss.

“For me he is a top, top manager. I have only worked for him for five or six weeks but I don’t see why (he couldn’t reach Pochettino’s level).

He has all the attributes like some of the top managers I have worked with,” Lennon added. “He as it all. On both sides of it.

Not just what he demands and gets from the players but his personal, man-management skills are up there as well.