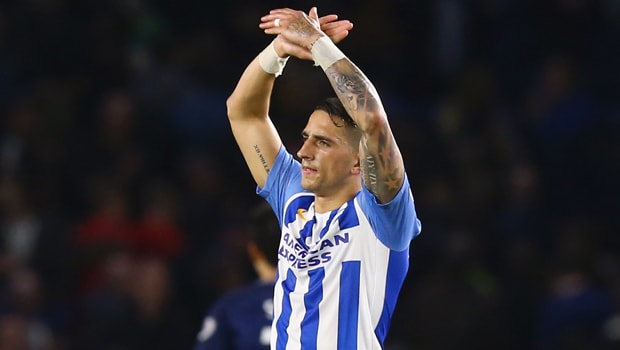 Chris Hughton’s men were tipped as cannon fodder last season but managed to survive relatively untroubled in 15th place, having built on a solid foundation at the start of the season.

Hughton has been busy this summer looking to add depth and quality to his Seagulls squad and has already made seven new signings.

They include Romanian centre-forward Florin Andone from Deportivo La Coruna and goalkeepers David Button and Jason Steele, who will hope to push Mat Ryan for the number one spot.

Knockaert, who netted three goals last season, says that the first focus must be on survival.

The winger believes Brighton are getting stronger on two fronts – their new signings and the fact the existing squad at the Amex Stadium has got a year of Premier League experience behind it.

“We are already stronger (than last season) and we still have a lot of players from last year as well. It’s a second season for us now. We know each other better and better,” he said.

“We need to take last year as an experience and use it again for this season.

“For us, the goal is to stay up. We have the same ambition but we are a competitive team and are going to try to get above the 15th place.

“That’s the goal but as long as we stay up it’s going to be another accomplished season, and that’s what we want.”

Brighton are 3.00 to be relegated this season and 9.00 to finish bottom of the pile.