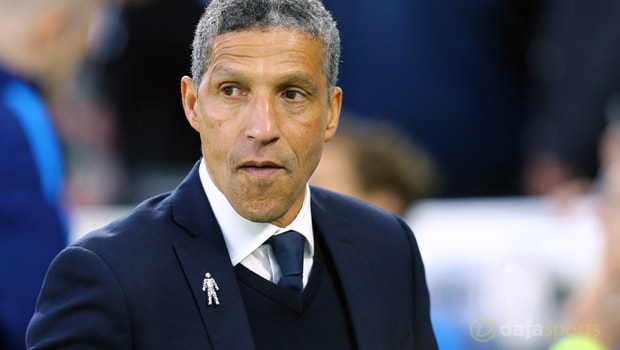 Brighton manager Chris Hughton has warned his players they may still need more points to remain in the Premier League for next season.

The Seagulls go into the weekend in 13th spot in the table, seven points clear of Southampton in 18th with just four games remaining.

Hughton does not want his players to lose focus with the finishing line in sight and he knows they have a tough run in ahead of them.

They travel to Burnley on Saturday, with the Clarets needing three points to secure seventh place and European football for next season.

After that, Brighton end the season by facing the top three clubs – Manchester City, Manchester United and Liverpool, at Anfield, on the final day of the season.

Their position is decent, but this is not the time to be thinking they’ve done enough, insists Hughton.

“It is certainly good to have the points in the bag, certainly I’d rather be in the position where we have got points rather than chasing them,” he conceded.

“But we will go into every game trying to get points and believing we can get points and until we are in a position that we are over the line we can’t rest easy. Our mentality is to win as many points.”